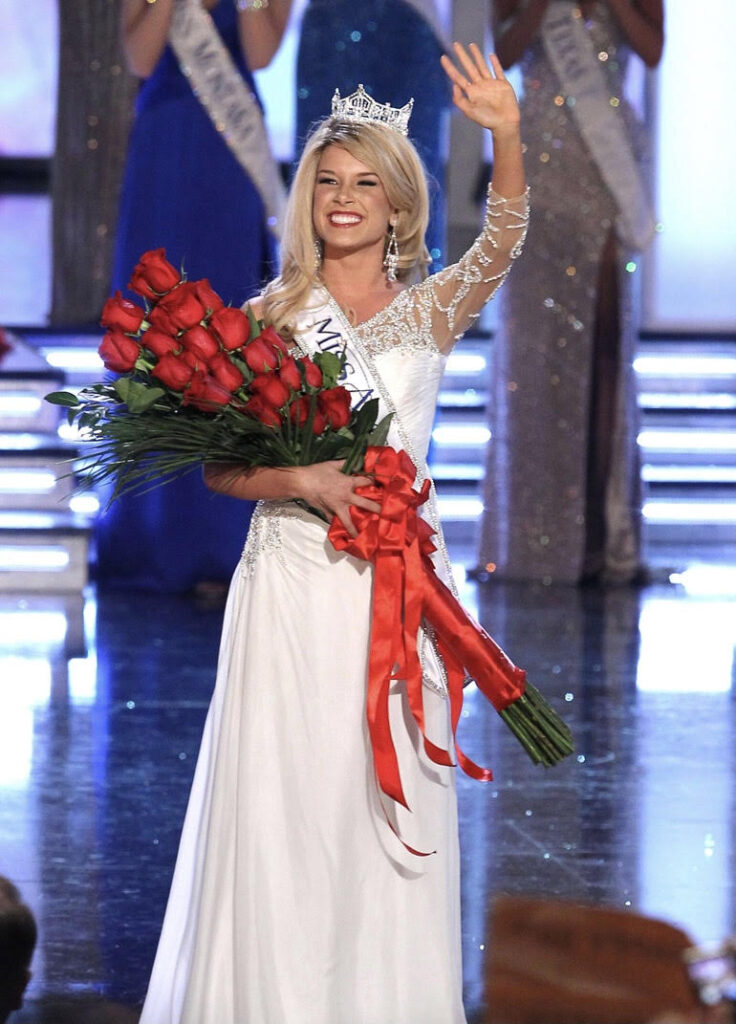 Today’s guest is Teresa Scanlan. Teresa Scanlan is an American beauty pageant titleholder from Gering, Nebraska who was named Miss Nebraska 2010, subsequently winning Miss America in 2011 at the age of 17 and becoming the youngest Miss America since Bette Cooper in 1937.

In 2018, she announced she had joined the Air National Guard as an Airman First Class, while continuing her education at UC Berkeley School of Law. She serves as a member of the Wyoming Air National Guard in the 153rd Force Support Squadron. Teresa graduated from her basic combat training class in the top 10%. She most recently fulfilled her life-long dream of graduating from law school and she is a devout single mom of a beautiful boy.

G WJune 24, 2021June 29, 2021
Over 2.3 million people worldwide suffer from Multiple Sclerosis. According to the National Institute of...
END_OF_DOCUMENT_TOKEN_TO_BE_REPLACED

G WFebruary 11, 2021February 11, 2021
Many of you have asked me what the secrets are to the workouts I use...
END_OF_DOCUMENT_TOKEN_TO_BE_REPLACED
Health Interrupted Podcast
FacebookTwitterInstagram