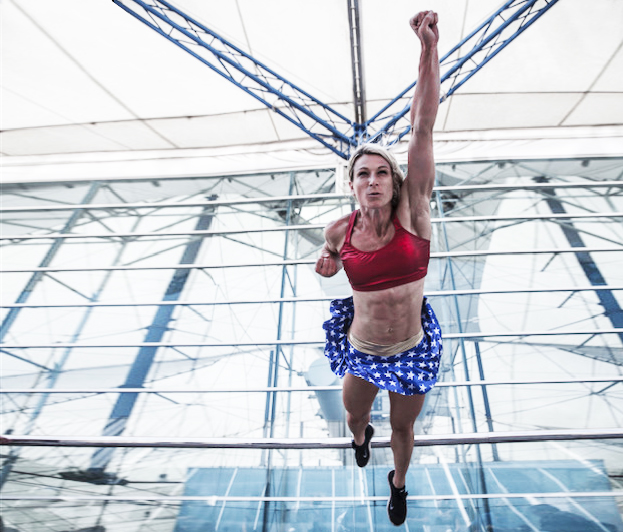 We’re ecstatic to bring you today’s episode with Stunt Girl, Ninja Warrior, and Modern Day Wonder Woman – that’s right, she is a superstar in the blockbuster films Wonder Woman and Wonder Woman 1984. Jessie is KNOWN for smashing stereotypes and defying the impossible. She routinely ranks among the top MEN on the strength-based obstacles of Ninja Warrior and is the first woman to clear multiple courses in America, Japan, and Germany. She attributes much of her success to the seemingly impossible obstacles to her study of Engineering and her decade-long career in stunts. Awarded the Action Icon Award for “Stuntwoman of the Year, her credits include Wonder Woman, Supergirl, Transformers, Die Hard, The Dark Knight, Agents of S.H.I.E.L.D, and Leverage. She was an elite pole vaulter, a high-level gymnast, and trained in martial arts, high falls, wipeouts, skydiving, motorcycles, stunt driving, fire, wirework, and trapeze. She is most proud of her ability to push beyond her limits, and transform setbacks into opportunities.

G WJune 24, 2021June 29, 2021
Over 2.3 million people worldwide suffer from Multiple Sclerosis. According to the National Institute of...
END_OF_DOCUMENT_TOKEN_TO_BE_REPLACED

G WFebruary 11, 2021February 11, 2021
Many of you have asked me what the secrets are to the workouts I use...
END_OF_DOCUMENT_TOKEN_TO_BE_REPLACED
Health Interrupted Podcast
FacebookTwitterInstagram