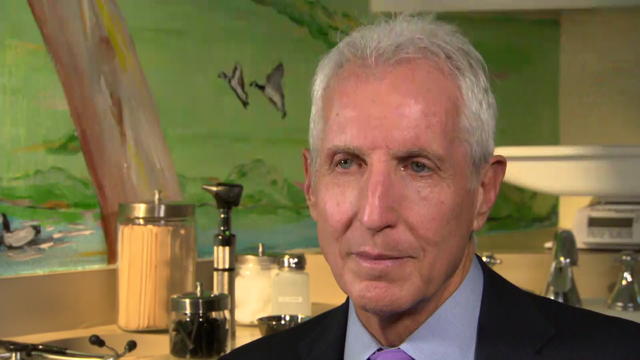 In the middle of his residency training, pediatrician Jay Gordon took an unusual step. Deciding that he needed greater knowledge about nutrition, vitamins, and alternative medicine in order to practice medicine the way he wanted to, Dr. Gordon took a Senior Fellowship in Pediatric Nutrition at Sloan-Kettering Institute in New York City. After his residency at Children’s Hospital of Los Angeles, Dr. Gordon joined the teaching attending faculty at UCLA Medical Center and Cedars-Sinai Medical Center.

In addition to treating patients, he has participated in the training of medical students and residents, lectures all over the world, writes books, and wrote a monthly column for “Fit Pregnancy” magazine. He has contributed to “New York Parent,” “Parenting” magazine and has been quoted in the L.A. Times, New York Times, The Washington Post, Wall Street Journal, and The London Times. He’s appeared on Fox 11 News, ABC’s 20/20, and Larry King Live. He has recently appeared on the CBS Evening News, KCRW with Warren Olney, and Bill Maher on HBO.

Dr. Gordon advocates for a balanced, moderate view regarding vaccines. He is a strong supporter of an individualized vaccine schedule that allows parents to make informed choices that are right for their families.

Intensely interested in infant nutrition and breastfeeding, Dr. Gordon is the first male physician to sit for and pass the International Board of Lactation Certification Exam and has served on the Professional Advisory Board of La Leche League for twenty-four years.

Dr. Gordon’s first book, the well-received Good Food Today, Great Kids Tomorrow, offers a life-changing plan for families who want to make dramatic changes in health and fitness through nutrition. Brighter Baby, examines the positive effect that attachment parenting, combined with infant massage, has on children’s health and intelligence. Other releases include: Good Night! The Parents’ Guide to the Family Bed and Hug Your Baby, a gentle guide through the first year, which were released summer, 2002. He also published, Listening To Your Baby: A New Approach to Parenting Your Newborn, which still gets great reviews from parents. His most recent book is The ADD and ADHD Cure, the Natural Way to Treat Hyperactivity and Refocus Your Child.

After two years of consulting on television scripts, sets, and ideas, Dr. Gordon was named CBS TV’s Medical Consultant for Children’s programming. He also worked for five years on ABC Television as the on-air medical correspondent for the “Home Show,” and continues to consult regularly for television and movies.

Dr. Gordon contributed and wrote the foreword to “Smart Medicine for a Healthy Child” and “The Encyclopedia of Vitamins and Supplements” (both published in 1999), is pediatric consultant for “Fit Pregnancy” magazine and a frequent contributor to “Parents,” “Parenting,” and other media outlets.

Busy as he is, Dr. Gordon finds that his most important jobs are being a great husband and father to his daughter.

Connect with The Hosts of Health Interrupted:

G WJune 24, 2021June 29, 2021
Over 2.3 million people worldwide suffer from Multiple Sclerosis. According to the National Institute of...
END_OF_DOCUMENT_TOKEN_TO_BE_REPLACED

G WFebruary 11, 2021February 11, 2021
Many of you have asked me what the secrets are to the workouts I use...
END_OF_DOCUMENT_TOKEN_TO_BE_REPLACED
Health Interrupted Podcast
FacebookTwitterInstagram