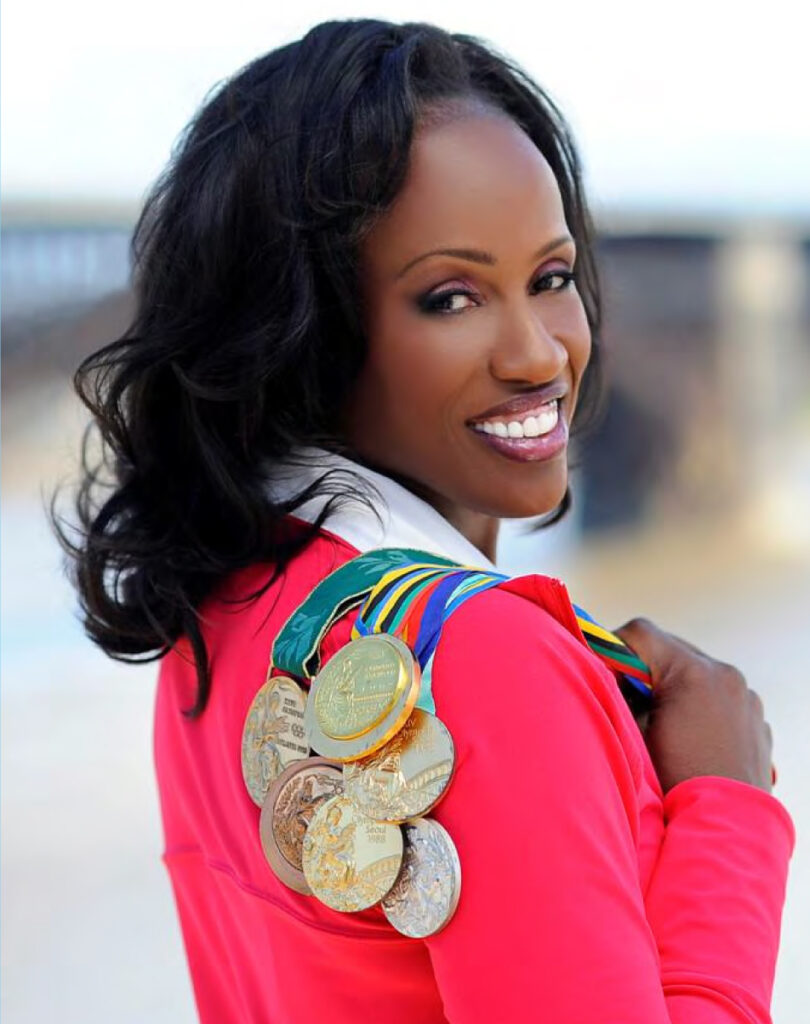 Our guest today is Jackie Joyner-Kersee. Having been dubbed ‘The Greatest Female Athlete of the 20th Century’ by Sports Illustrated, Jackie Joyner Kersee’s athletic accomplishments are literally second to none. By the conclusion of her career in the heptathlon and long jump events, she had amassed six Olympic medals (3 gold, 1 silver, 2 bronze) and four World Champion titles over four consecutive Olympic Games. Jackie was the first woman in history to earn more than 7,000 points in the heptathlon and today, over 20 years later, she still holds the world heptathlon record of 7,291 points. She continues to hold the Olympic and national records in the long jump and her 1994 performance in the long jump remains the second-longest in history. In addition to heptathlon and long jump, Jackie was a world-class 100m and 200m runner and, after a decorated All-American career in basketball at UCLA, she eventually played professional basketball for a short time.

Jackie’s athletic accomplishments have been well documented and remain some of the best ever across all of sports. Less well known are her tireless efforts and remarkable accomplishments off the field as a philanthropist and an advocate for children’s education, health issues (in particular asthma from which she has suffered throughout her life), racial equality, social reform, and women’s rights. Born in 1962, in East St. Louis, IL, Jackie came from very humble beginnings but despite the at times, very strained conditions she describes her early home life as being full of love, principle, and discipline. These ingrained values have served Jackie well both on and off the field throughout her life. She has been described by the sports media as one of the warmest, most even-tempered, grace-filled persons in all of athletics.

Jackie is the author of both A Kind of Grace (1997), her autobiography, and A Woman’s Place is Everywhere. She is an active professional speaker and is widely considered one of the most inspiring motivational speakers in all of sports. Jackie speaks on topics of athletics, business success, living with the limitations of medical issues, nutrition, women’s issue,s and youth advocacy.

G WJune 24, 2021June 29, 2021
Over 2.3 million people worldwide suffer from Multiple Sclerosis. According to the National Institute of...
END_OF_DOCUMENT_TOKEN_TO_BE_REPLACED

G WFebruary 11, 2021February 11, 2021
Many of you have asked me what the secrets are to the workouts I use...
END_OF_DOCUMENT_TOKEN_TO_BE_REPLACED
Health Interrupted Podcast
FacebookTwitterInstagram